The aim of this post is to inform Lvcentinvs-friends about the recent Spanish Supreme Court’s ruling regarding the enforcement of Spanish trademarks against later registered ones, which represents a paramount milestone and a Copernican turn in the doctrine held by this Court.

Under the Spanish Trademarks Act and its related case law, a trademark titleholder had the right to use its trademark. In practice, this meant that an earlier trademark could only be enforced against another registered upon the request of the nullity of the later (previously or at the same time).

However, it seems that the Spanish Community Trademark Court of Alicante did not agree with this and requested the Court of Justice of the European Union (CJEU) for two preliminary rulings in this regard (Cases C-488/10 «Celaya Emparanza» and C-561/11 «Fédération Cynologique Internationale»). As is well known, the CJEU declared that, under the Community Designs and Trademarks Regulations, there is not a right over registered later designs and trademarks protecting their titleholders against an infringement action and the inherent liability for damages derived from said infringement.

Up to now, this doctrine was limited to the application of the Community Trademark Regulation (CTMR) (and Community Design Regulation). However, the Spanish Supreme Court has dramatically changed this scenario (and its previous case law) in a recent judgement of 14 October 2014 («Denso»), based on the following grounds:

– The CJEU ruling in C-561/11 stated that CTMR entitles trademark owners to enforce their rights against an earlier infringing registered trademark.

– Articles 9 and 12 of the CTMR are practically identical to articles 5 and 6 of the Trademarks Directive (Directive 2008/95/EC of the European Parliament and of the Council of 22 October 2008).

– Following CJEU’s case law, national Courts should interpret the wording of national laws in the light of the wording and purpose of EU directives to achieve the result purposed by said directives (Judgment of the CJEU of 13 November 1990, C-106/89 «Marleasing»).

– Therefore, the interpretation of the Spanish Trademark Act in the light of the Trademarks Directive requires that the Spanish Courts follow the doctrine stated by the CJEU in the case C-561/11 «Fédération Cynologique Internationale», with regard to the enforcement of earlier trademarks against later registered ones.

To sum up, Spanish trademarks won’t ever protect their titleholders against the enforcement of prior trademarks, irrespective of the fact that the infringing trademark holder was aware of the existence of said earlier trademarks.

The question is: is this the beginning of a change of doctrine regarding the enforcement of trademarks in EU countries? 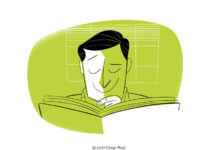 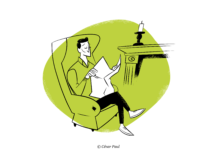 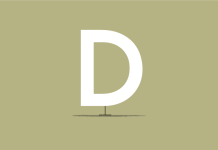 From West to East: Trade, IP and Investment after the Crisis